As I posted yesterday, I went into my 20 week Ultrasound expecting to learn what gender my baby is.  Despite the fact we would be telling the technician that we didn’t “want” to know, I knew I would find out.

When we went for Mr. Boy’s ultrasound, nearly 2 years ago, I saw that he was a boy as SOON as the ultrasound began . . . that child, much like he is now as a 19 month old, was NOT shy about showing off his wee manhood.

But THIS child is either incredibly modest or is getting paid off by his/her Daddy to keep his/her gender information to his/her self.

The Ultrasound Technician just smiled as I had her pause on this baby lower half and pelvic area . .  I think she was in the pay-off scheme as well.  I think she was DELIBERATELY giving me craptastically bad angles so that I couldn’t learn ANYTHING.

I ended up knowing only that I have a completely whole, healthy baby. 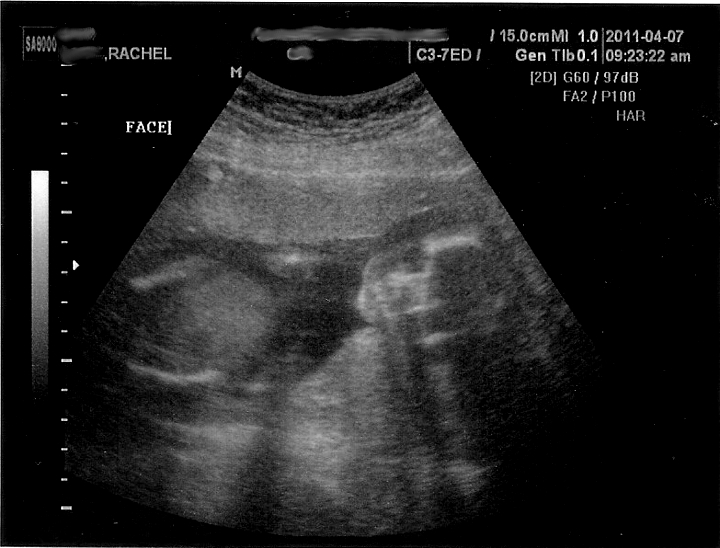 Knowledge for which I am overwhelmingly thankful — as much as I wanted to know the baby’s gender, I was so nervous that we would receive bad news at the appointment.  Recently, some friends in my online due date mommy group have received such news: damaged spines, dangerously low amniotic fluid, hearts with holes . . . I was terrified I would find myself joining this group of sad mommies.

Thank the Lord for a healthy he-she.  I’ll take not knowing the gender in exchange for having a healthy, healthy baby. 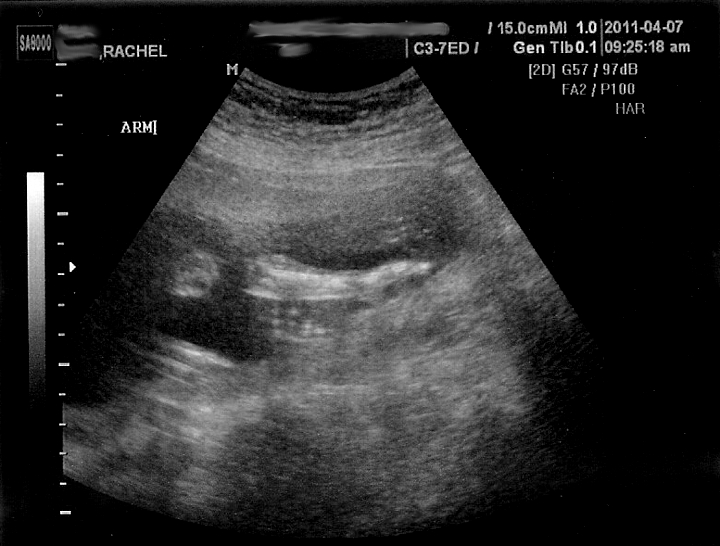 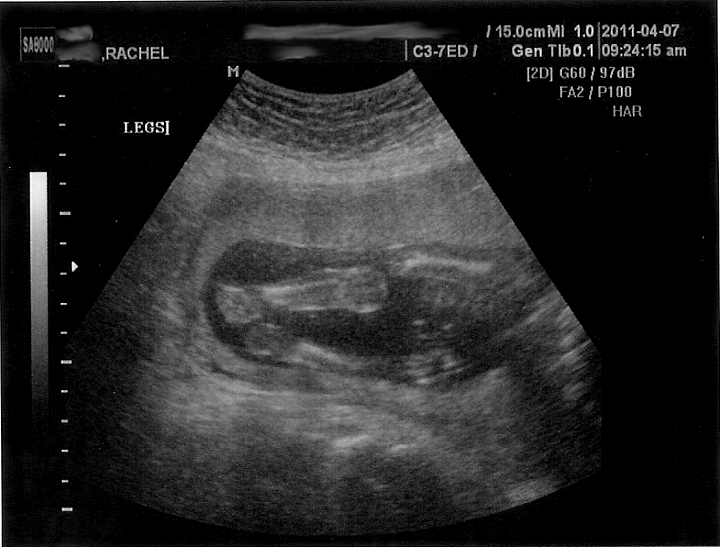 Drawing his her legs up to his/her belly

P.S.  Any gender guesses based on these shots?