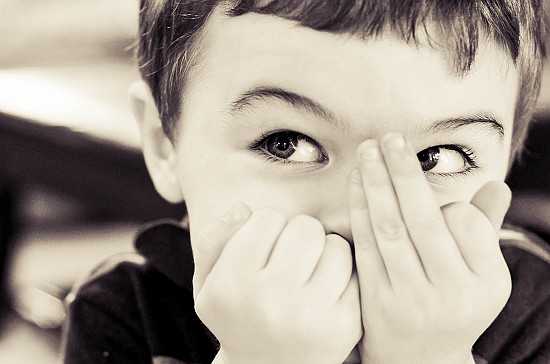 When Mr. Boy was a baby and then a young toddler, he was sweet.  Cuddly.  Innocent and willing to let me kiss all over him and tell him he was beautiful.

He didn’t jump or “rough-house” or pretend anything round was a projectile missile, and he certainly didn’t eat anything other than what I set before him.

It was a simpler time in the land of Mommyhood.

Then, sometime around 28-32 months, things changed.

Mr. Boy discovered boogers, the art of jumping off couches, and the super power of throwing socks up onto the mantle.  He has decided, no matter what I say to the contrary, that toots are funny and the word “booty” hilarious.

Kisses are a (non-negotiable) NO and vegetables are from the devil.

Nap-time is a prolonged process due to trains and toys that must be saved from high-power alien death rays, or rescued from cliff-hanging, near disasters.  His fuzzy stuffed Build-A-Bear monkey is always getting abducted by his Dreamlight Puppy Dog, and — more than once — I have found my boy, once he finally crashed, sawing logs on his bedroom floor . . . superhero cape acting as his blanket.

Aside from those rare naps, it’s go, go, go from the time he wakes (at dark-thirty in the morning) till he sleeps (at midnight-thirty at night).

He loves Spiderman and the Flash and Superman and Batman, even though we have never even seen an episode or read a comic depicting any of those characters.  My little man-child comes home from school telling me how he and his little recess buddies spent their time being superheroes, and his teacher tells me, in emails, how she constantly has to remind all nine little boys to have “gentle hands.”

Spitting has become the “thing” to do — last night, it was even his super-power.  As he told his Daddy after he was admonished, “I wun awound and awound and awound … and ‘den I spit.  It’s jus whut I do.  I’m Super Boy.”

Sometimes, I can use his boyness to my advantage, channeling his love of all things superhero into good things for Mommy.  After all, a Super-Hero can use his Super-Powers to destroy the chaos of a messy room, dashing with Super-Speed to race around cleaning.

(Yes, it’s just plain ol’ manipulation on my part.  I am not ashamed.)

And, after adamantly insisting he did NOT like ham, I showed him the ham slices were really “Super-Hero Capes.”   Instantly, Mr. Boy sang a different tune, letting the capes fly, happily, into his mouth.

(You just gotta go with what you’ve got or make it up as you go…. that’s my mommy-mantra these days, as I try to learn the steps for parenting a boy who is “all boy.”)

Sometimes, however, his boyness leaves me speechless…. like, when I tried washing his face, telling him he had “eye boogers.”  My son vehemently argued against the need for the wash rag.

“I can pick ’em off!  Like this ….” as he reached a finger and removed the cooties from the corner of his eye.

And then he ate them.

(I had to quell the queasiness before I could respond.)

There are other moments, when I’m left breathless, watching my son carefully hug his little brother and squeal his pride as the baby learns a new skill … hearing him tell his sister “OOOO!  You’re so booootiful, Little Lady!”

Or, the rest of the house asleep, when he sneaks out of bed to join me on the couch, sleepily snuggling next to me.  “Mommy,” he breathes, “Would you give me a kiss?”  For a moment, the bravado is gone and my wee man lets me know that he truly loves, needs, and wants his Mommy.

Boys are just gross and disgusting.

Boys are super-heroes with an innate need to rescue and protect.  Wonderful, strange little creatures with more love and imagination than the world can understand.

My boy makes me laugh harder than any comedian . . . and brings tears of pride when I look into his eyes and see the character developing, the strong personality that will set the future ablaze.

As my grandmother always says when she hears the escapades of a rough-n-tumble boy: “But oh, what a Man he’ll make.”