So, God has the biggest sense of humor.

Just about two weeks ago, my dear, sweet husband was in the middle of a conversation with my sister and brother-in-law, discussing their plans to “eventually” start trying to have a baby.

He said this in a confident manner — confident both in God and in the fact that we weren’t having any more kids any time soon.

I think everyone knows that we adopted our little girl, taking her straight home from the hospital after she was born. Before we adopted the Little Lady, after years of “no protection” and fertility treatments, my doctor told me that IUI or IVF was pretty much my only options to get pregnant. We decided that we would rather pursue adoption that those risky options.

Then, God decided it was time to bring a little ironic laughter into the situation.

It started with a little bit of grumpiness — well, if you ask my mom, it was a WHOLE LOT of grumpy . . . from me. For some reason, I was grumpier and weepier than normal. I just chalked it up to the stress of the holidays and being stuck in Oklahoma.

Then, a wee bit of nausea started hitting me in the evenings. It was the weirdest thing!!!!! Every time I tried to eat in the late afternoon or evening, I would instantly get sick.

And that’s what got me to thinkin’.

Could I be? Noooooo! Not me! I’m the lady that can’t get pregnant! I’m the infertile chick! Babies don’t grow in ME!!!!!

But, I bought a pregnancy test, which (incidentally) is such an embarrassing experience. Why do I get so red-faced when I head down the “Family Planning” aisle? And, why do pregnancy tests, condoms, and the like have to be RIGHT next to the Depends???? It never fails that I end up next to some old lady or man. And those people are ALWAYS nosy.

Wednesday evening, after the laying on the couch for a few hours to sleep off the queasy feeling, I decided to test — just to prove to myself that I wasn’t pregnant. I was tired of obsessing about it; it was time to see that big fat negative and move on.

I carefully read the directions and fully expected that I would know in three minutes that I wasn’t pregnant.

Once the test had been “doctored,” I carefully sat it on my dry, flat surface known as “the bathroom counter.” But, as soon as it was there, I noticed something. 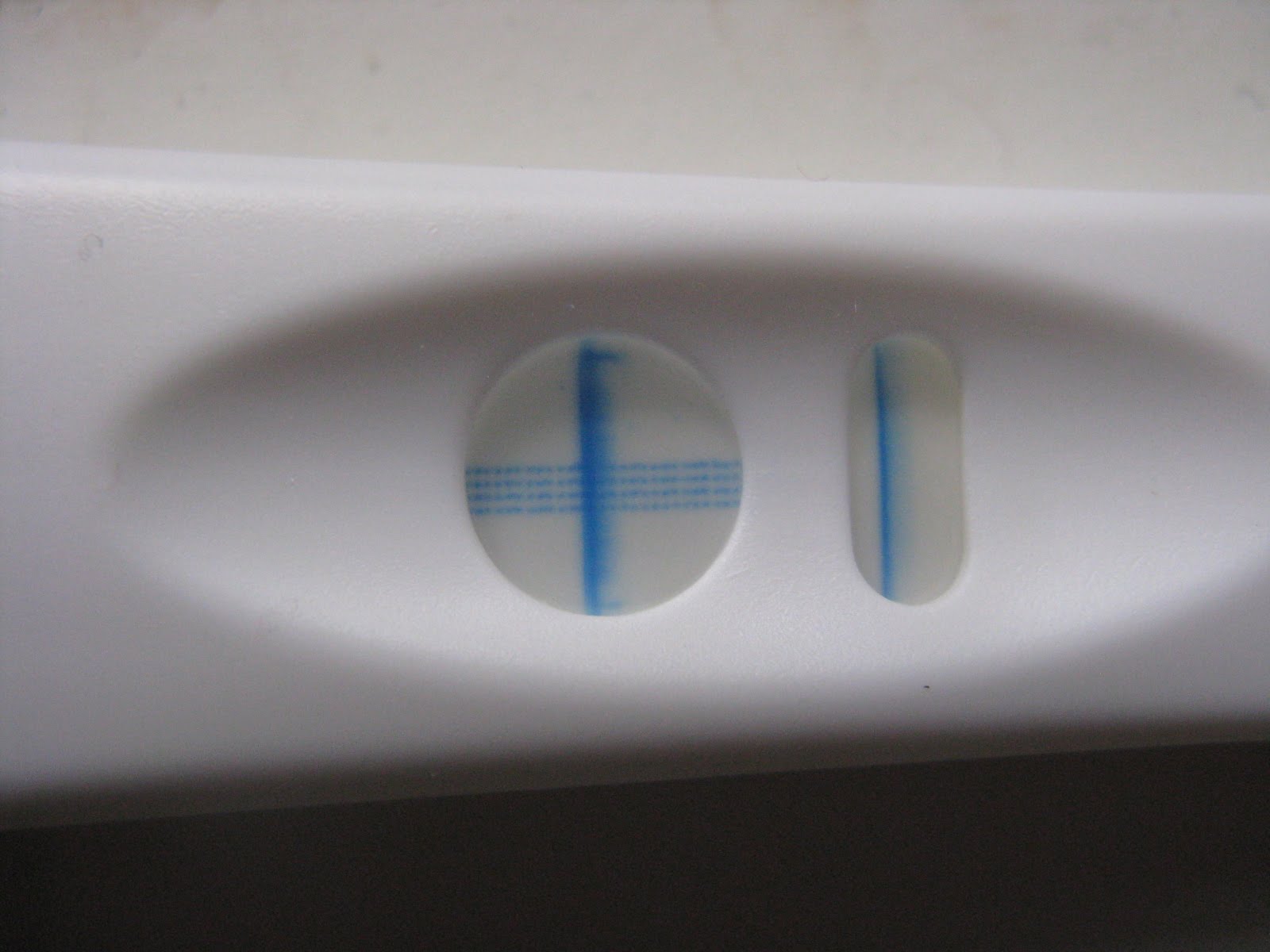 Of course, I was in such shock that I didn’t have the presence of mind to come up with a clever way of telling the Hubby. Oh, no — I immediately SCREAMED for him. (oh, and by the way, I was STILL SITTING ON THE TOILET . . . .pants around my ankles — so embarrassing.)

Hubby immediately burst into the bathroom with the Little Lady, thinking I had seen a mouse or something. I just looked up and said, “I’m pregnant.” Then, the first round of tears started.

The Little Lady, of course, was scared by the intensity of my sobbing. Hubby was in shock . . . although, I’m not sure if it was over the BFP (aka Big Fat Positive) or the fact that he was seeing me on the toilet for the very first time.

At that point, he tried to grab the test, but by this time I had realized the precarious position I was i. I made him leave so I could “finish business.” (sigh — this is “such” a great story.)

We are still shocked but getting happier by the moment. Oh, yeah — and we’re nervous. We don’t know how far along I am . . . . don’t know if my body will keep this baby . . . . don’t know what’s going to happen over the next few weeks and, hopefully, months. We’re just trying to enjoy every minute while it lasts.

My first OB appointment is Wednesday afternoon. Please be praying and thinking about us — it would be nice if that appointment went well!!!!! 🙂

« One Choice: Jack Bauer or Your Wife
Semi Wordless Wednesday »