Every so often, a series of unfortunate events occur, reminding me I am no candidate for Mother of the Year.

Last night was such a time and such a reminder. 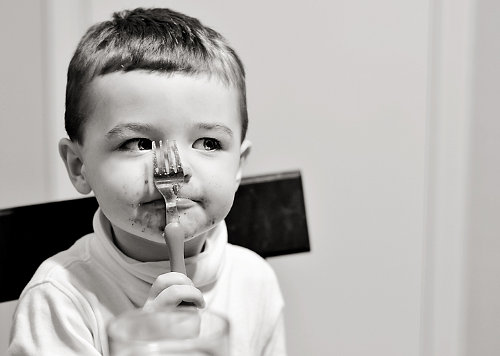 Mr. Boy, at least three times a week, experiences nightmares.  Bad, terrorizing dreams that leave him screaming hysterically in his room, tears glistening from the football nightlight that casts a blue glow.

Typically, there is a “bad animal” chasing him; I’m not sure whether to blame Diego and Baby Jaguar for the litany of animals that attack in Mr. Boy’s dreams … or a cousin’s pint sized Chihuahua mutt that jumped up on my son and tore into his shirt a few months ago.  Either way, animals are bad during the night. B-A-D.

A couple of months ago, a news story hit everyone’s radar and Yahoo front-page.  The video clip showed a small-town news station’s interview with a mother whose young daughter was nearly abducted in a store.  Store surveillance captured the attempted kidnapping and that footage was part of the news coverage.

The little girl fought hard against her kidnapper and, thankfully, the man dropped her before fleeing the store.

I watched the clip over and over and wondered if my children, Mr. Boy and the Little Lady, would have such strong instincts when it came to a would-be-kidnapping situation.

In an effort to be proactive, I showed them the clip, explaining that some bad people want to take children away from their mommies and daddies.  Then, we spent the better part of an hour learning how to SCREAM “NO – LET ME GO. I WANT MY MOMMY!”

(they thought it was a ton of fun to be told, “No, you have to be LOUDER.”  And, it was — apparently — even MORE fun to practice kicking and biting a pretend assailant.)

Maybe I was too aggressive with my training.  Maybe I wasn’t careful enough in trying to balance knowledge, preparedness, and a healthy amount of “fear” in my little ones.  Maybe I should have just warned them to “stay with Mommy” instead of teaching them about “bad guys.”

Because last night, Mr. Boy woke the entire household with a screams that reached a new decibel.  Cries which woke all of us from dead sleep and caused the dog to commence his “Alert! Predator! Or Maybe a SQUIRREL” growling. 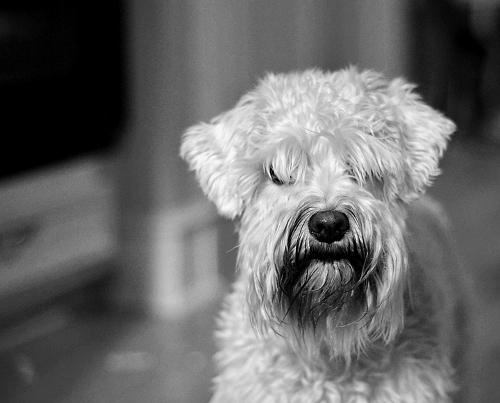 I think it's obvious -- Max is very fierce.

The Husband bolted to his bedroom where we found Mr. Boy standing on his bed, eyes still closed, screaming and yelling as loud as his two-year-old vocal cords could.

By the time I got through the door, his cries had subsided into muffled sobs, tears streaking down his cheeks.

“A bad man put his hand over his mouth,” the Husband whispered to me.  “He was trying to take him away with him.  The bad guy had already taken each of us.”

Instantly, I knew where the seeds of this scenario had been sown… weeks ago during our “What To Do When” training.

It was my fault.

I took my little boy off his bed and wrapped my guilty arms around him.  I whispered in his small ear, promising he was safe.  We were there with him.  It was just a dream.

Then, I quietly asked if he wanted to sleep in my bed the rest of the night.  Without hesitation, Mr. Boy nodded sleepily.

I stood up, took his hand …. and promptly led my half-asleep boy into the door frame, smacking his head on the white-painted wood.

I can’t win for trying. 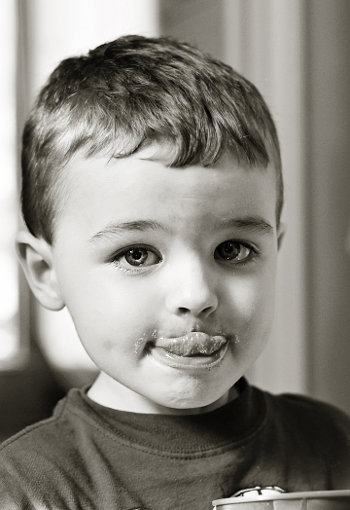 Thankfully, he can still slurp off a milk mustache. All is right with the world.