Share
Pin
Tweet
+1
Last year, it was a cardboard box that served as her favorite “Christmas” plaything.
The Little Lady spent HOURS in it, cramming every last toy (new and old) in with her. 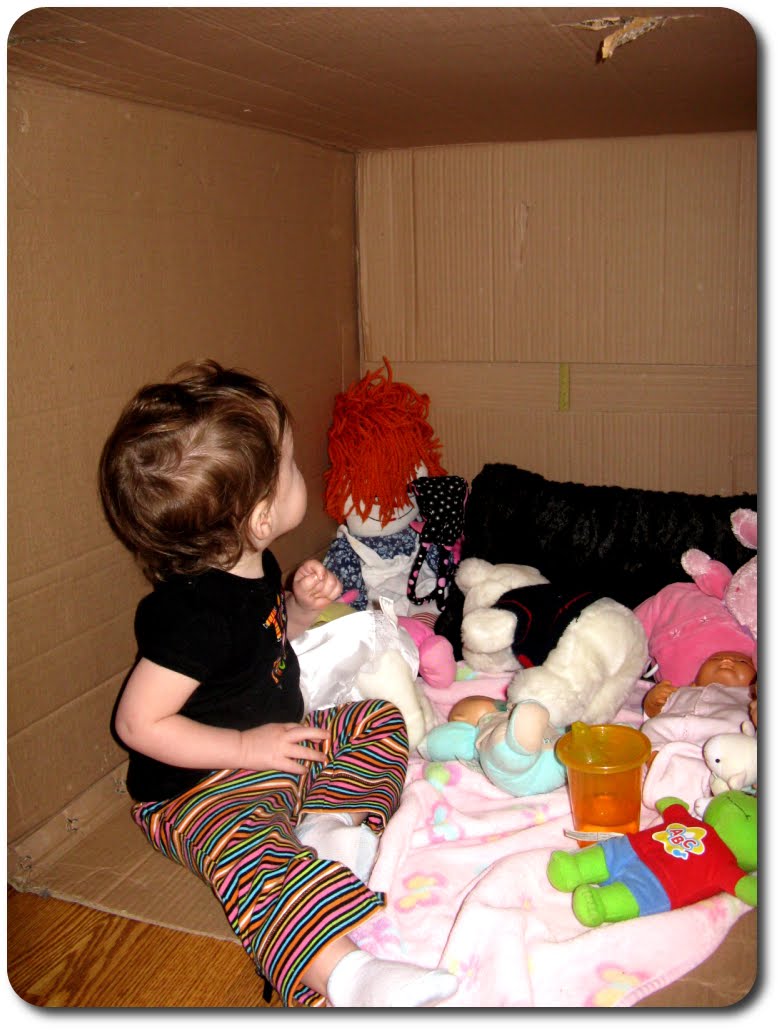 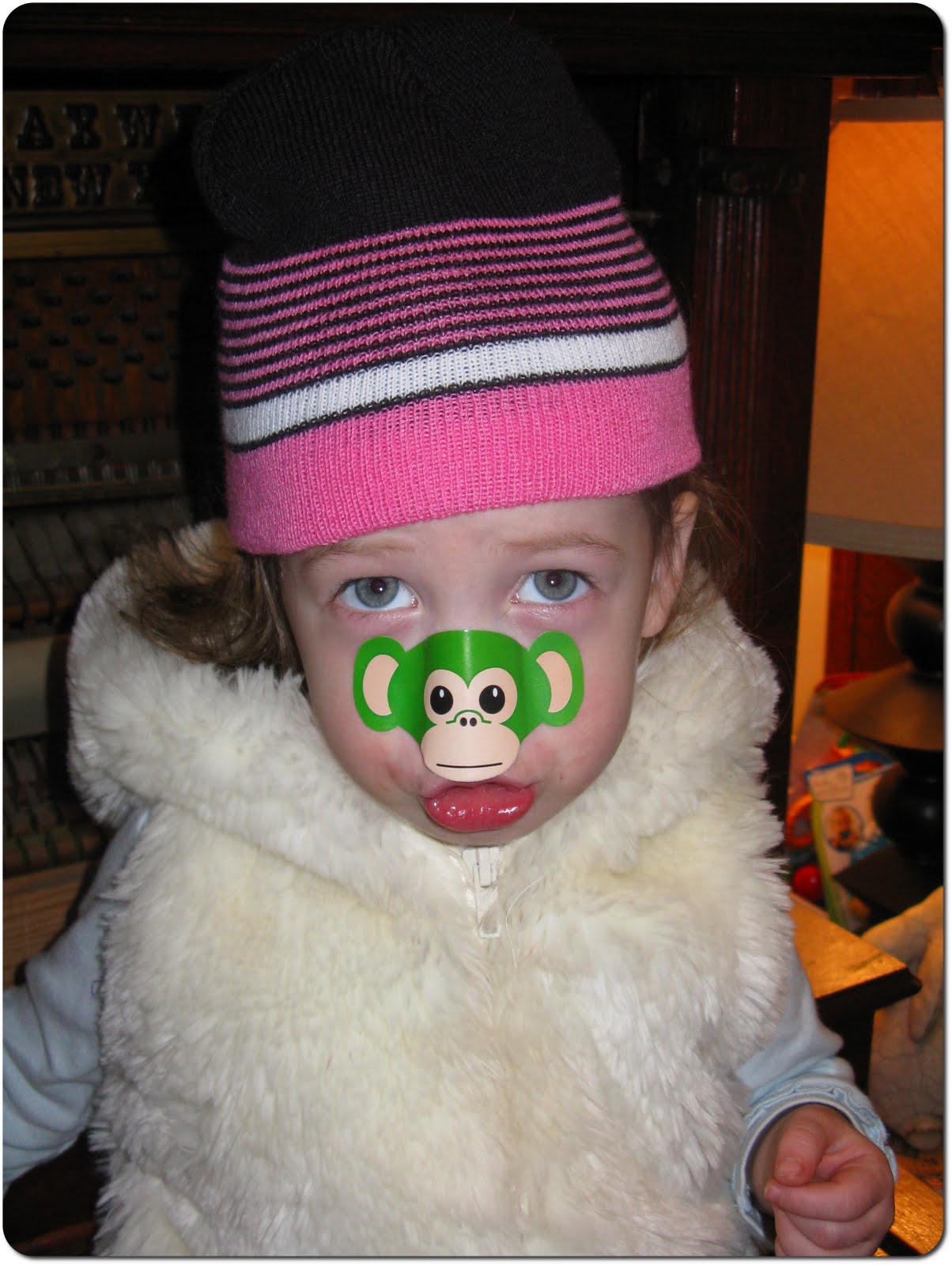 Yep.  Big. Green.  Monkey-face Band-aids.
Band-aids that, according to Dr. Little Lady, are specifically for noses.  Little, runny noses.
She has, has, has, HAS to wear them on her nose.
Each and every time.
At least the crusties (the ones she refuses to allow me to remove) are hidden.
Oh – -and the hat and coat?
Those were for our trip to the grocery store.
Yes, the grocery store.
As in . . . a place of business.  With people.  Lots of people.
People who stared at my monkey-nose little girl and wondered.
Wondered what in the WORLD was wrong with her.
(cause, you know, she just HAD to wear her band-aid to the store)
The answer = absolutely nothing. 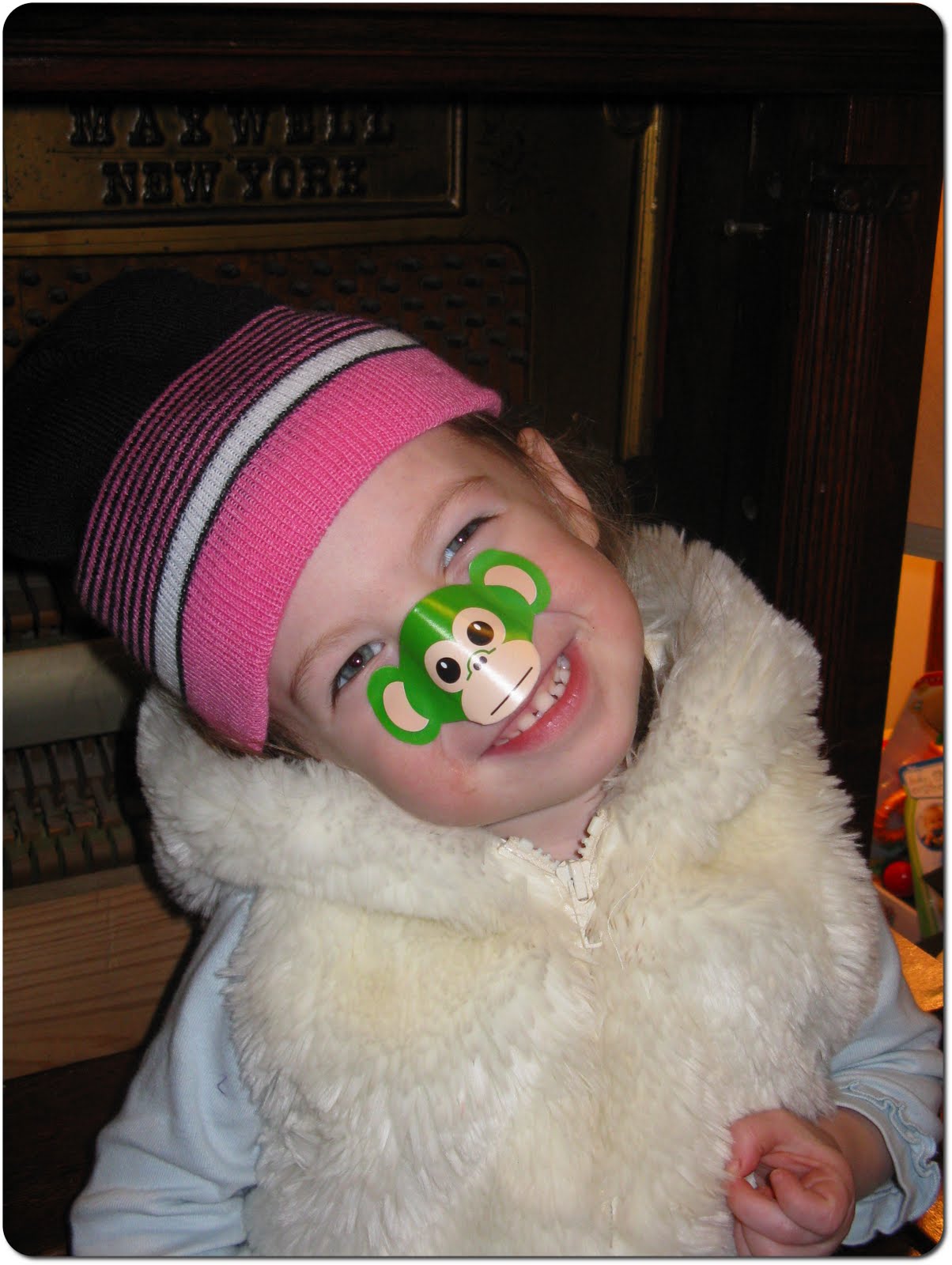 That is, nothing except the fact that she now knows how to be deliberately cute.