It’s been a few weeks since I’ve posted pics and links to all of the wildly creative projects that I would LOVE to do (even though we all know I’ll never get around to them).

This week, though, I *have* to complete a few projects . . . birthday party projects. 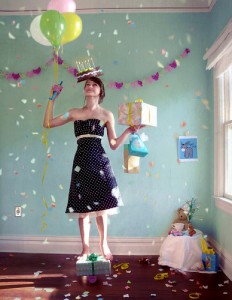 Put a scared look on her face, and this is how I feel!

I have to admit, there’s nothing that intimidates me more than a party — whether it be attending one or throwing one.  I’m SUCH a wall-flower that the thought of going to a party can make my stomach knot up.  I hate being so shy!

Over the past couple of years, I have gotten a little better.  A little bit.  I’ve been trying to make myself “get out there” and enjoy parties.  It’s working — I don’t get as nervous as I used to do.

BUT — I still get horribly, terribly nervous and stressed out when it comes to hosting a party.

(which, is why I rarely have people over to my house)

What if they don’t have a good time?

What if I don’t have enough food?

What if the food I have is horrible?

What if I forget something?

What if I forget to clean something?

So, with such party-anxiety, WHY ON EARTH did I decide to throw a great big joint-birthday party for the kidlets?  WHY?

Personally, I think I went insane.

Or, maybe I just am trying to completely break free of my thick, “I’m terrified of social-situations” shell.

And, I just realized that it’s “next week” YESTERDAY.

(I bet all of the party-planning divas never have had that happen to them!)

Yeah — last minute preparations and planning don’t help the panic situation I have going on.

I didn’t intend on waiting till the last minute.  See my pretty invitations?  I made and passed those out 5 weeks ago.  I was on TOP of things! 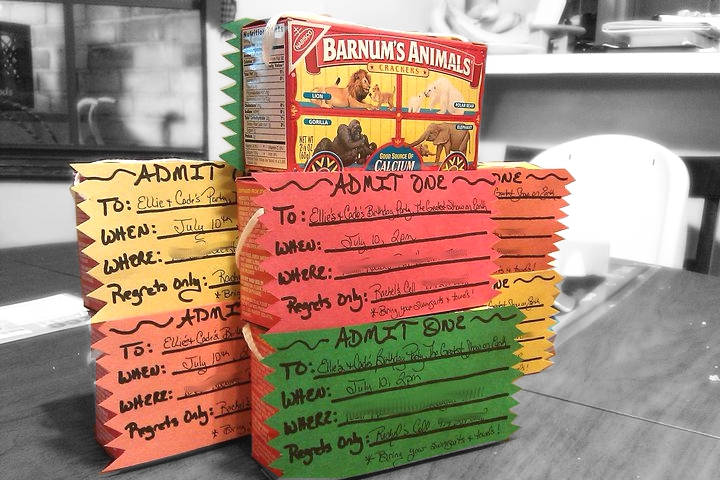 (is it a bad sign that I still don’t know what kind of party we’re having?)

After a few frantic tweets and Google searches yesterday, I stumbled across a over-the-top, uh-MAZING party planning blog.

If you want ideas and pictures to help you plan your next kid’s party, baby shower, etc., you need to swing by her site!  Now, her budget is wayyyyyy beyond what mine will be, but I still found so many cute, cute, cute ideas for our Carnival Party.  I mean, our Circus Party.  No — wait, it’s a carnival.  .   . I think.

She threw a Circus Party for her boys and, holy cow, it was crazy adorable!

Here are just a few ideas I am stealing for our party (all of the pics below are from Kara’s site): 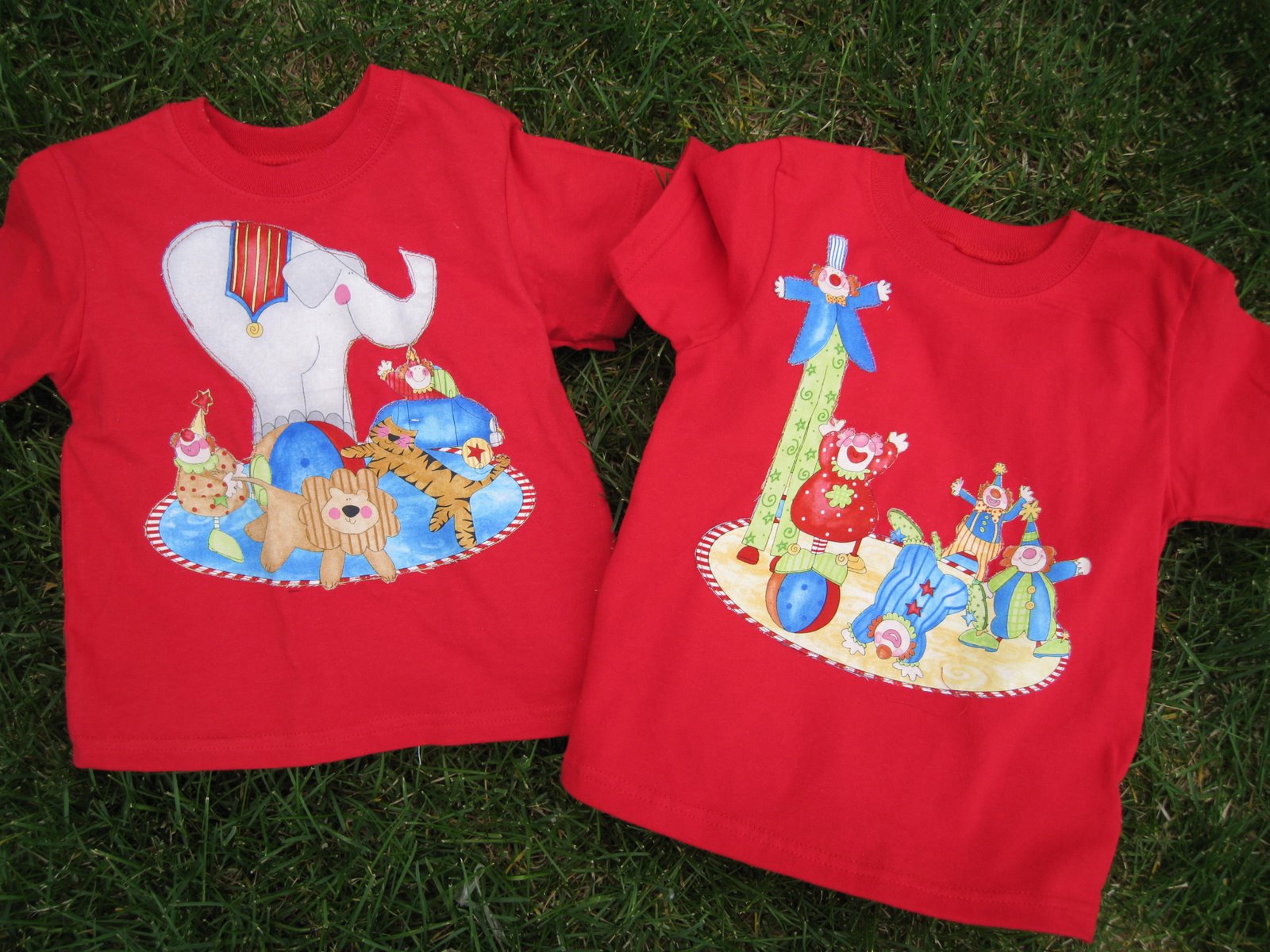 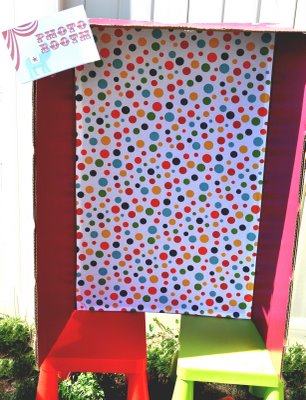 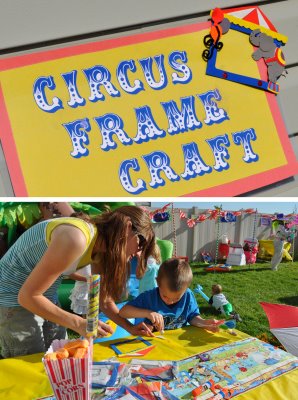 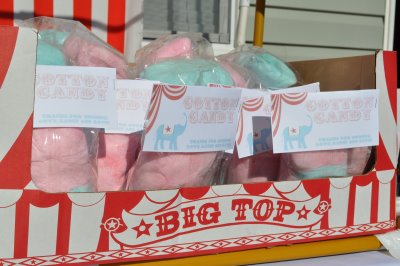 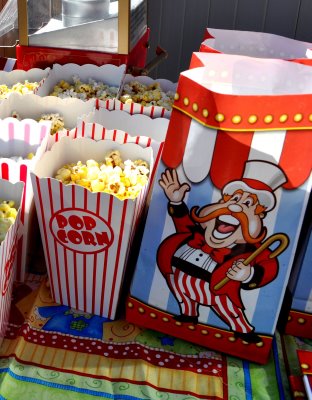 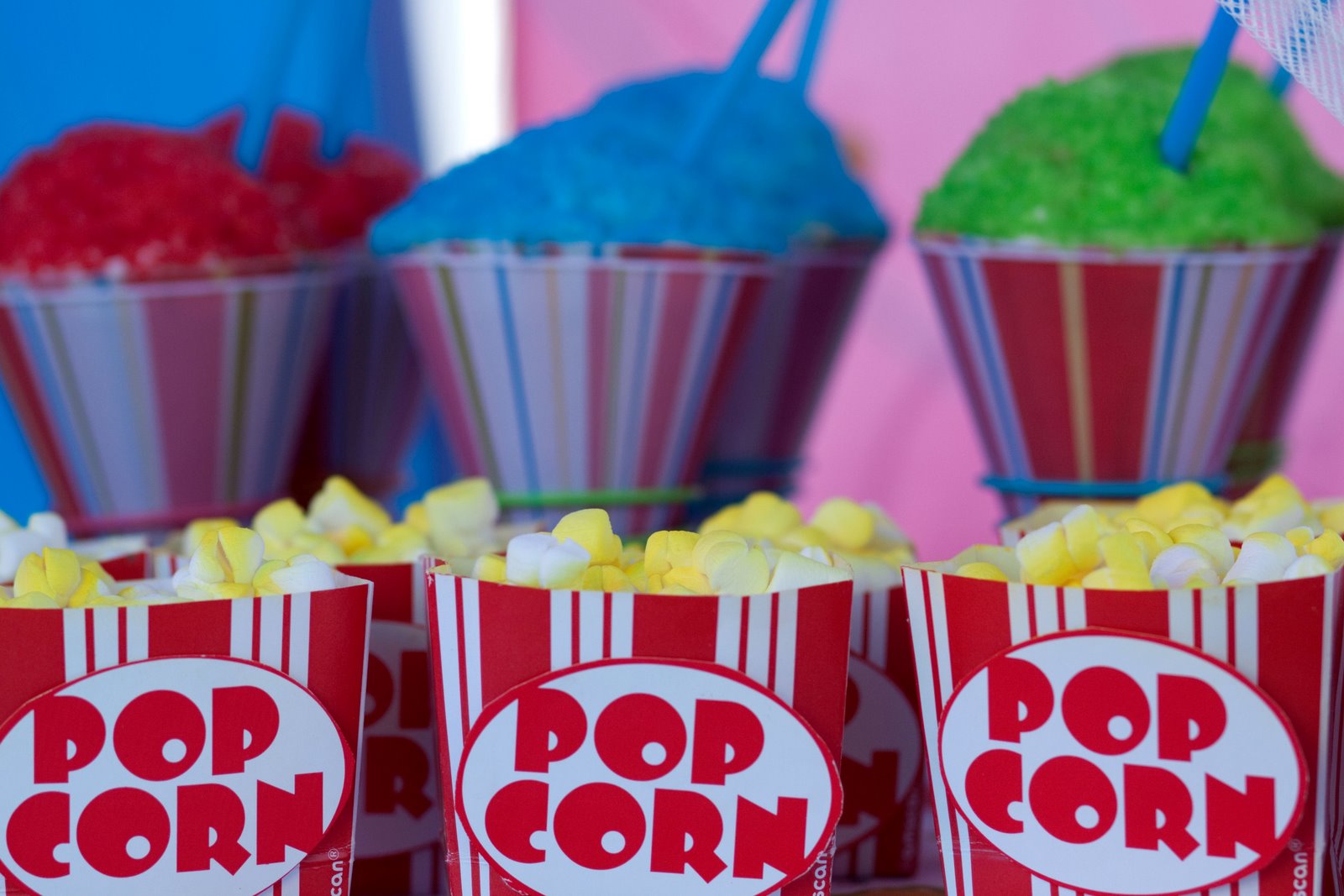 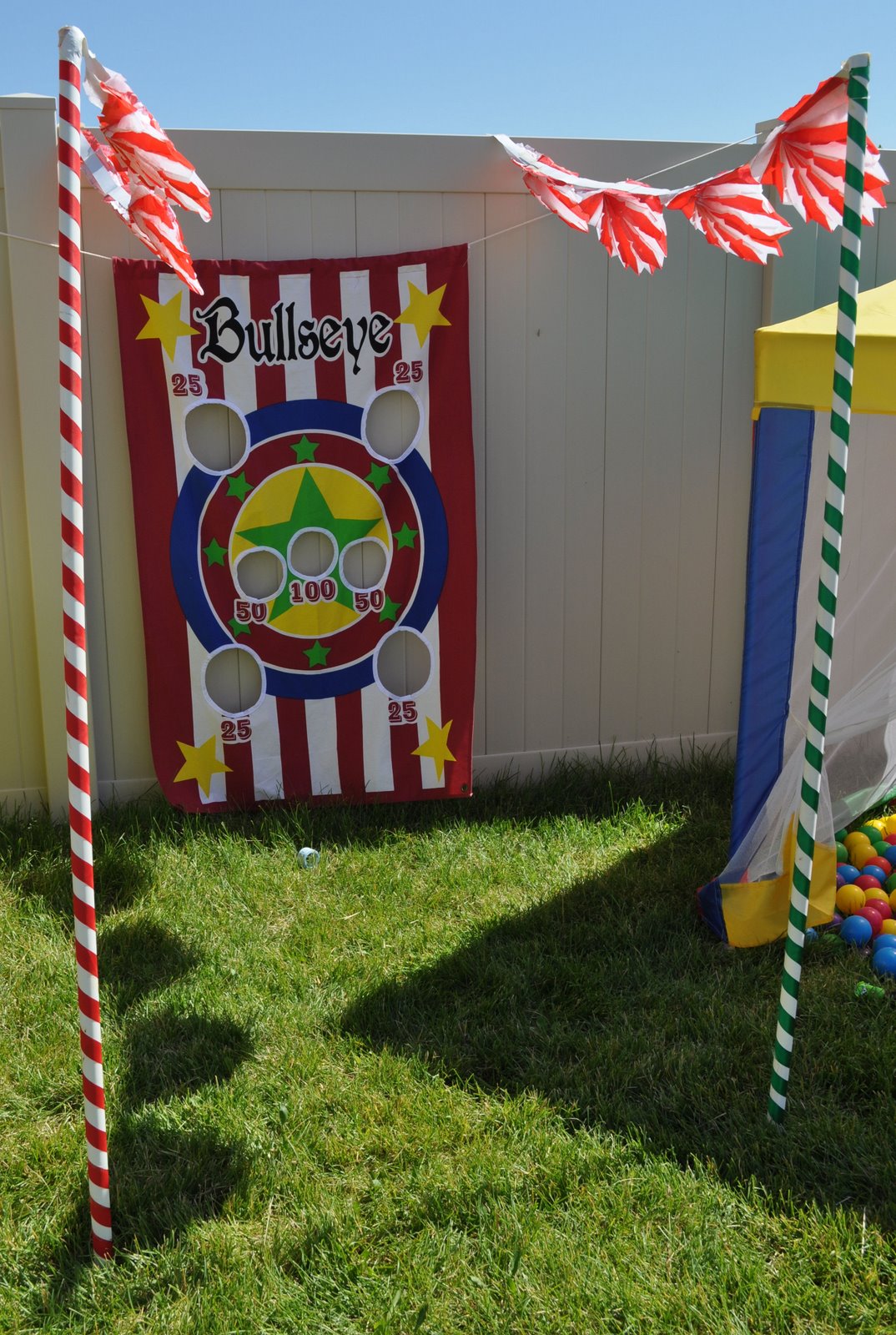 I’m going to have a few other things going on — mainly water activities since it’s Houston and 90-billion degrees out — but I’ll post those pics after the party.

Ok — gotta run.  After all, my party is NEXT week and gathering ideas is only step two.  I have to actually get to work and make all of this stuff!

(Please be praying that I stay sane through all of this. Seriously — Mama don’t do parties!)

« Let’s Talk About Smooth Fitness
If You Eat It, You Will Gain {Mamavation Update} »