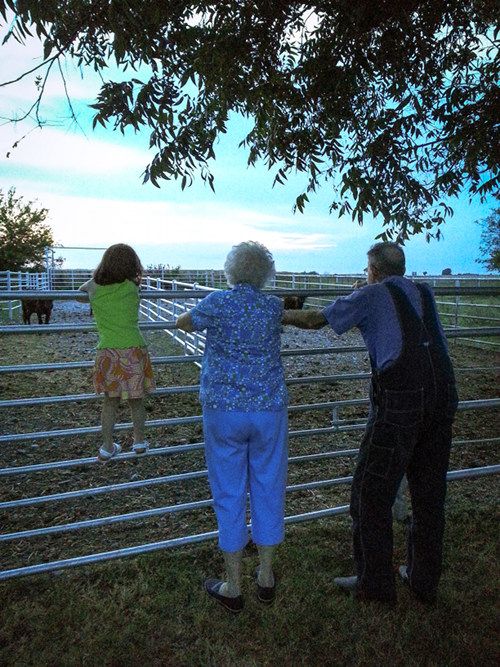 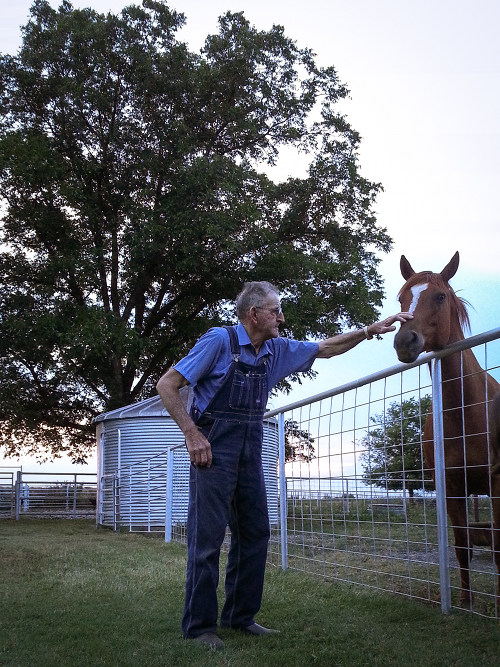 A few days ago, as the days left in our trip to Oklahoma began to wane, the Kidlets and I found ourselves on small piece of prairie just outside a one-stoplight town in North-Eastern Oklahoma.

“Green Country”, as that part of the state is called.

Under the tall branches of a black walnut tree, my 91 year old Grandpa showed off his (now ancient) mares and a few (very young) angus calves.

The metal pipe fences are speckled with the red-orange rust that is overtaking the once shiny silver paint (that Grandma and grand-children applied many, many hot summers ago), while the tin “grain bin” is still sturdy and its smooth exterior belies the years of use this small, round building has had.

I grew up knowing this farm like the back of my small, childish hand.  The honeysuckle where we gluttonously gorged on nectar.  The pecan tree that had the best climbing branches (unless you were a wee bit scared of heights like me).  The drive-way paved with blue-gray gravel that once — after I tripped during a game of tag — tore through my jeans and bloodied my knee.

I know the smell of this place both before and after the rain.  I know the sound of the Killdeer who return season after season to lay their speckled eggs in the rocky road.  I know the taste of the sun — in any season — on my skin.

This farm — nearly 70 years old — is as much home to me as any where in the world.

The moments on this land are slow.  Deliberate.  Precious.  As I looked around last week, I was keenly aware that nothing had changed since my childhood.  Oh, sure — there is a tree or bush (here and there) that has gone missing … cut down as needed.  There’s a new barn that houses Grandpa’s tractors and trucks.  And Grandma has moved her garden from the south lawn to a stock-tank beside the corral.

But the essence of this farm is the same.  It is familiar and comforting and the same.  The lightening bugs still flicker with the yellow-green light they displayed when I was six.  And the sound of cattle bellowing from the back pasture still rings through the twilight air.

Despite the years, it is still as it once was.  My home from a simpler time. 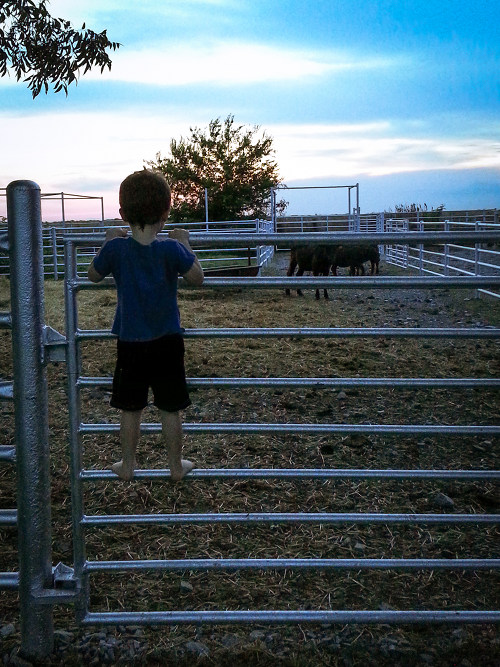