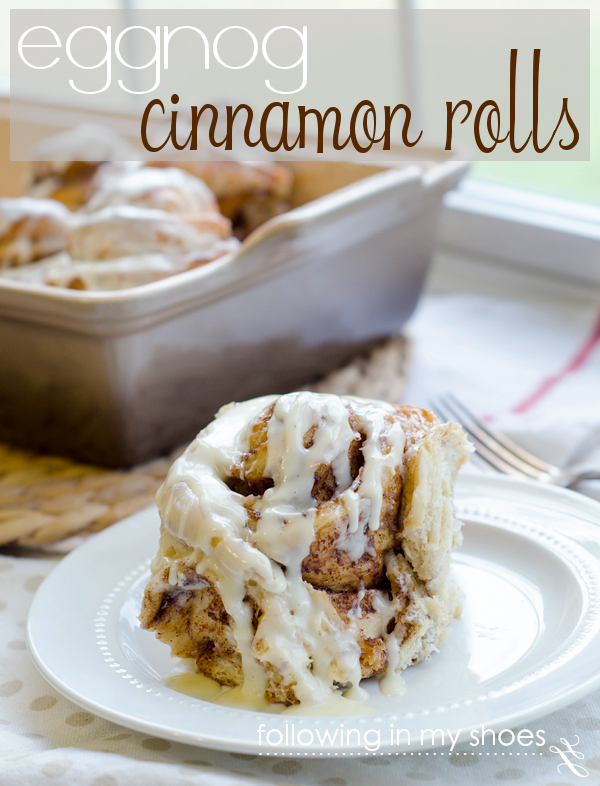 Earlier this year, I discovered a fantastic bread machine recipe for cinnamon rolls from Money Saving Mom, who had received it from one of her readers.

It’s awesome.  Quick. Easy. And you can make the cinnamon rolls ahead of time and then store them overnight in the fridge  . . . and then bake ’em up fresh in the morning.

Thanks to this recipe, my husband has made it clear there are NO excuses for not having cinnamon rolls each and every weekend.

(yeah, he might be a wee bit obsessed with them)

In honor of Egg-Nog, Holiday Spirit, and December mornings, I decided to play around with this recipe, adapting it to make some gorgously soft and spiced Eggnog Cinnamon Rolls.

Even Mr. Boy, to whom Eggnog is “Egg Snot” (and we can’t convince him otherwise), loves these rolls and cried his infamous crocodile tears when I told him one was enough. 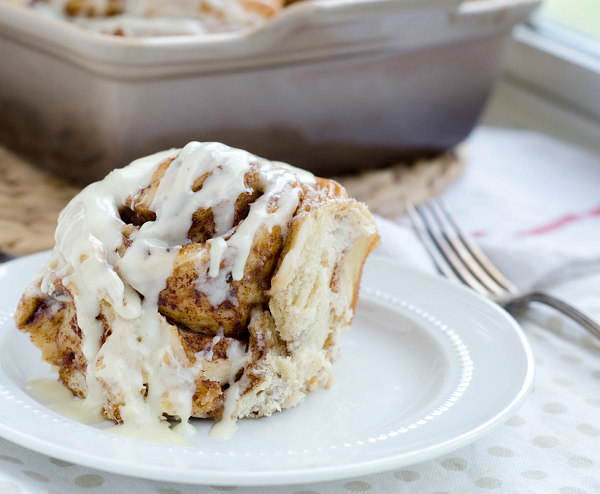 Print
Author: Rachel Lacy
Ingredients
For the Dough:
For the Filling:
For the Icing:
Instructions
To Make Icing:
3.1.09
Share
Pin12
Tweet
+1
12 Shares

« I Heart Lunch: You Are Important To Me {a special bento}
For My Fellow Procrastinators: 3 DIY Cookie Mix Kits {and printables} »