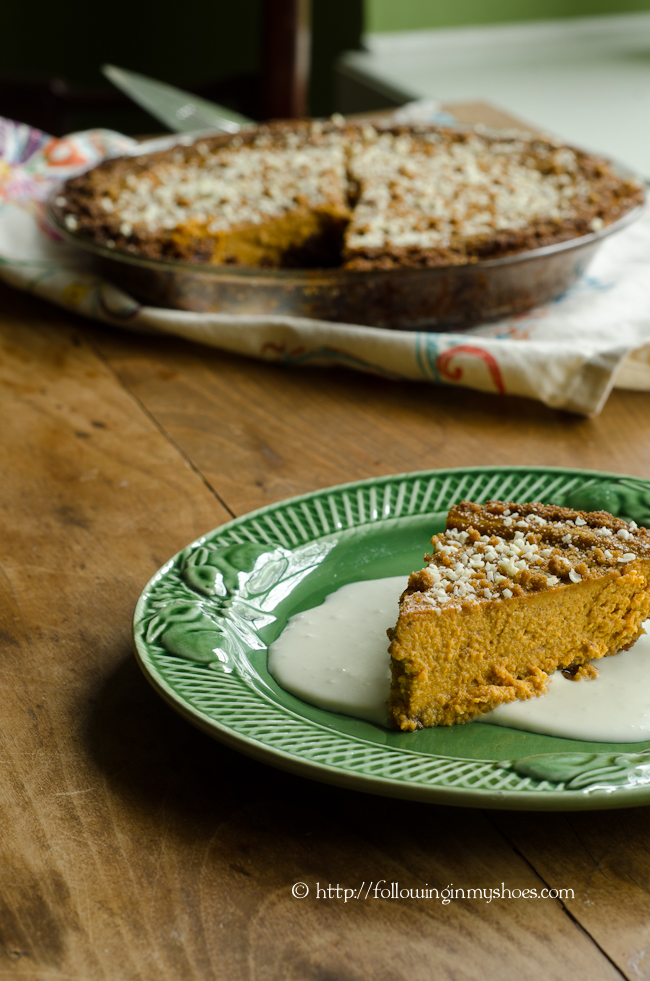 I have a cookbook obsession — grilling cookbooks, cookbook anthologies, paleo cookbooks, slow-cooker cookbooks — I want them all … as my overflowing bookshelf proves.  The one thing each of those cookbooks has in common is the notion of “comfort food.”  Whether an Italian, Mexican, Thai, or good ol’ American cookbook, they all highlight comfort food cooking.

A few weeks ago, I was sent a copy of Back Around the Table: An “In the Kitchen with David” Cookbook from QVC’s Resident Foodie by David Venable.  And, guess what?  It’s two-hundred and ninety-seven pages of comfort food. 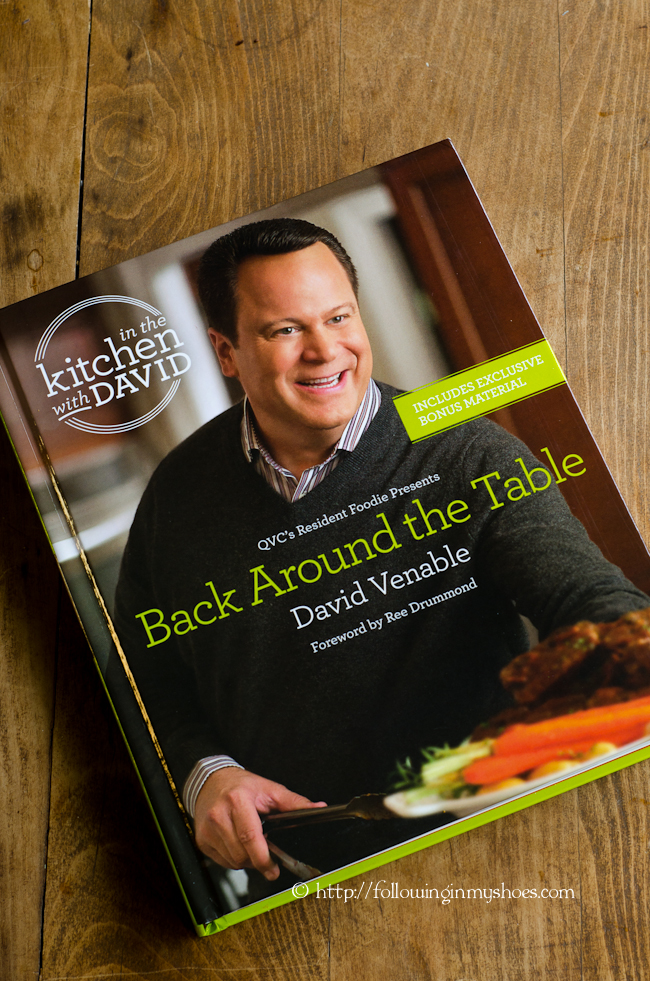 There were tons of recipes in the book that caught my eye as I flipped through it for the first time.  Divided into eleven chapters, David has appetizers, drinks, breakfast dishes, pressure cooker and grill recipes, and just tons of comfort highlighted on each page and photo.

But the recipe I knew I had to make first — the recipe that my daughter would love as get ready for our first gluten-free Thanksgiving — was David’s White Chocolate Pumpkin Pie. 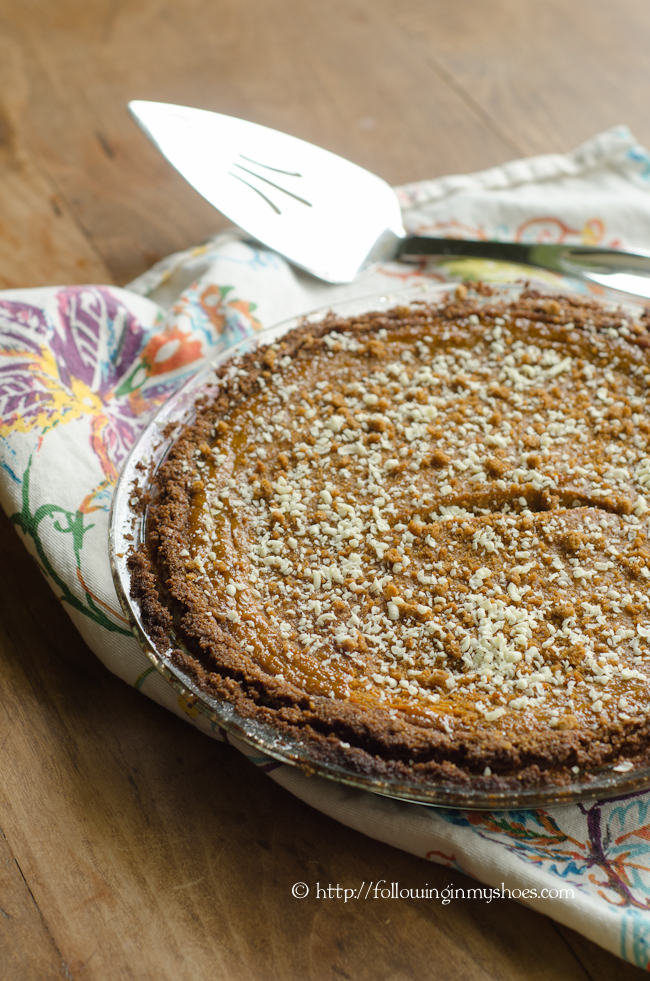 Now, David did not write a gluten-free cookbook, but after nearly a year of cooking without gluten for the Little Lady, it is easy to look at his recipes and know how to adapt them for her. And with such family-friendly recipes in his latest book, you can bet your bottom dollar that I’ll be trying all them … both the naturally gluten-free ones like his Stuffed and Grilled Flank Steak AND the ones I’ll have to modify like the 15-minutes Mac ‘n Cheese Bites (the Little Lady has HOUNDED me to make her those). 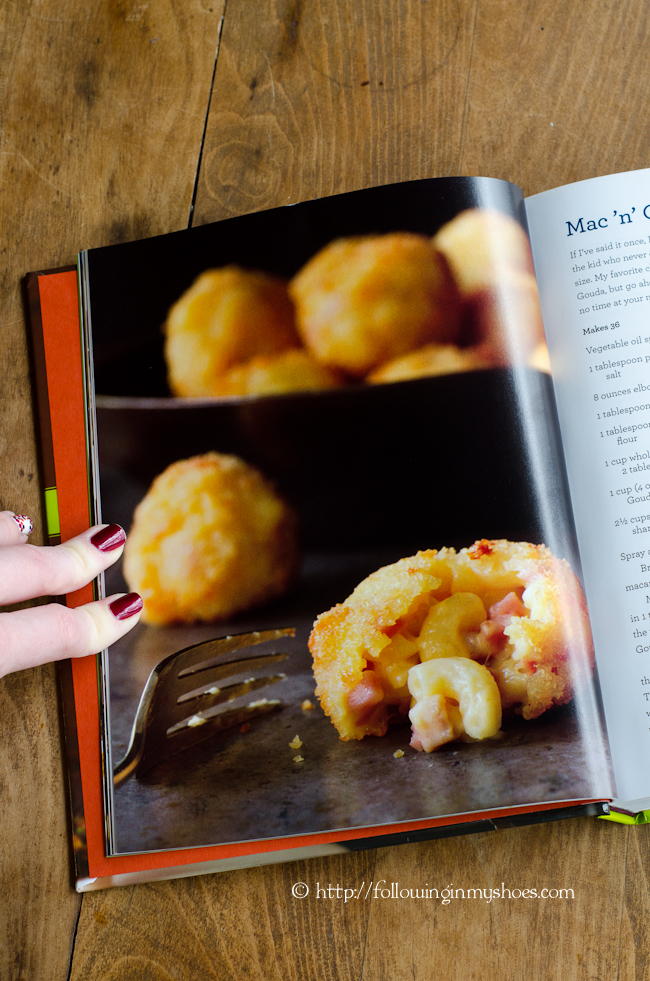 This has all the perfect homeyness of your annual Thanksgiving pumpkin pie but David gives it a new twist with the addition of white chocolate … white chocolate whipped cream, to be exact.

Now, do you see whipped cream in my pictures? No, no you don’t. This is where I get to mention that baking and making beautiful things like white chocolate whipped cream is just SO MUCH FUN with small children always ready to distract you. 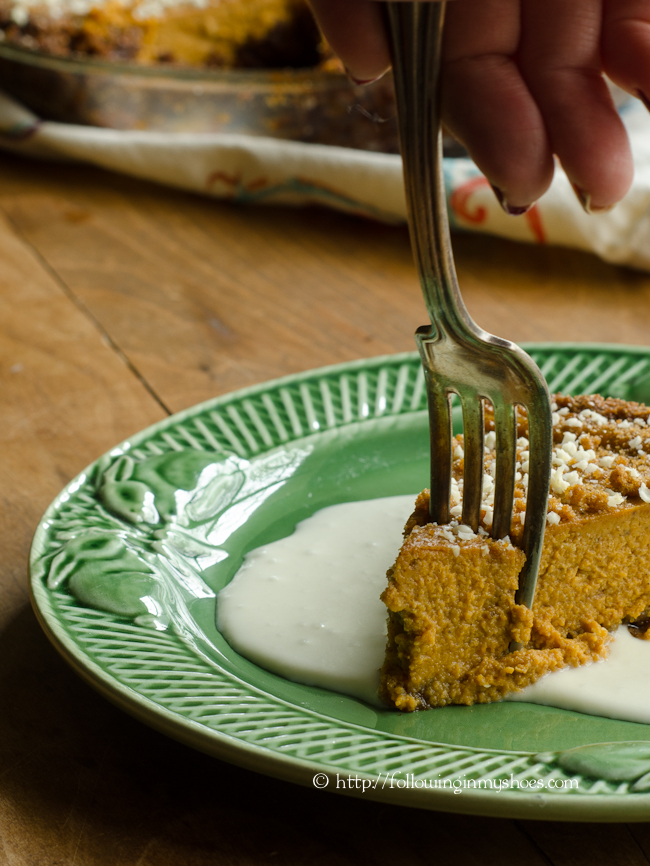 While I followed David’s directions — carefully melting the white chocolate and simultaneously whipping the heavy cream into soft peaks — the boys decided to play Dizzy Power Rangers (don’t ask — I honestly still don’t get it), which resulted in the two of them sporting matching goose-eggs on their foreheads.

The end result was something that came *thisclose* to becoming white chocolate BUTTER instead of whipped cream. I should have just started over; that would have been the intelligent thing to do. But, after your kids nearly knock each other out, who wants to load them up for a grocery-store visit? NOT ME! No, I decided to try and salvage the failed whipped cream … and I ended up with a creamy white chocolate sauce.

You know what? Who cares if I didn’t end up with the gorgeous whipped cream David wanted me to have in this recipe. As soon as I took a bite of the pumpkin pie and the white chocolate cream together, I knew this was still good eats. Still comfort on a fork. Exactly what a stressed out Mama needed on a rainy, boy-filled day. 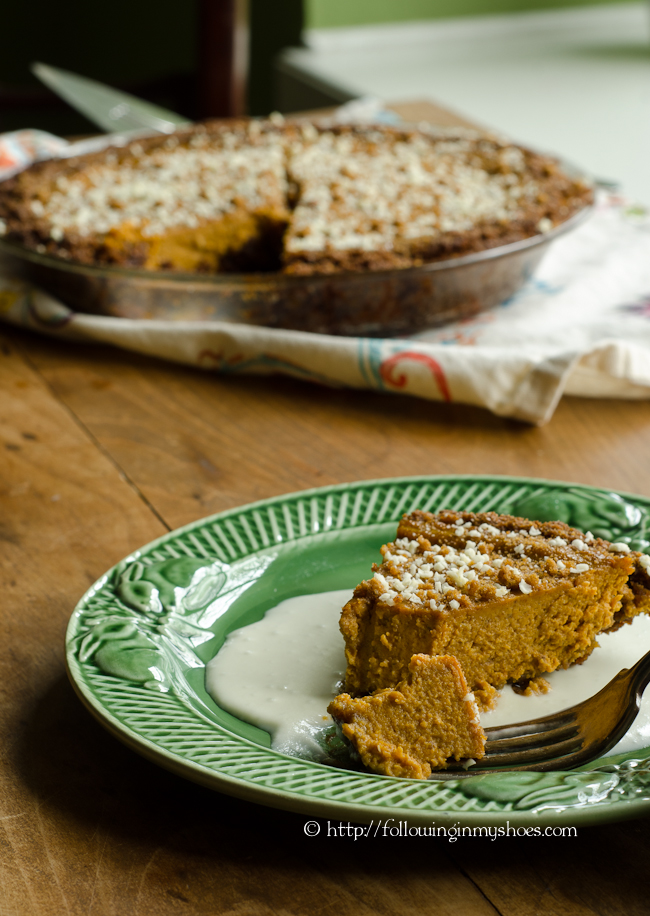 **Granulated sugar was used in the original version of the recipe.

***Light brown sugar was called for in David's version.

**** You'll note the whipped cream calls for the addition of white chocolate liqueur; when I made my "cream", I didn't add the liqueur until I divided the cream into two portions ... a kid-friendly one and a MAMA-friendly one. After tasting both, while the liqueur enhanced the white chocolate flavor, you'll still have a darn good whipped cream if you choose to omit the alcohol for personal reasons.
3.2.2807

Back Around the Table: An “In the Kitchen with David” Cookbook

If you think your family will enjoy this recipe, be sure to visit QVC’s Around the Table Cookbook to learn more about (and to purchase!) Back Around the Table: An “In the Kitchen with David” Cookbook. Filled with 156 great recipes like this, you’re sure to find something that fits your lifestyle and gathers everyone back around the table!

This is a sponsored conversation written by me on behalf of QVC. The opinions and text are all mine.