So, this dish wasn’t on my meal plan this week, but — hey — I get cravings.  Cravings that MUST be IMMEDIATELY appeased.

(immediately, I tell you)

Thursday, I began hankering for fried wontons . . . pork dumplings. . .  dim sum.  Since I’m not a fan of Asian buffets, I decided to try my hand at making them.

I did NOT disappoint myself. These were GOOD. 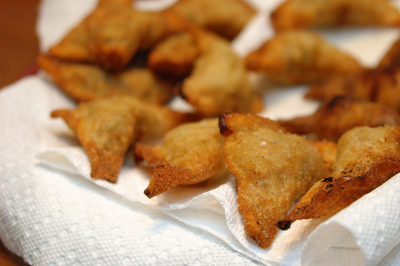 My husband decided we needed to deep-fry them . . . just like his childhood best friend's Korean mother did. Apparently, her dumplings were amazing.

I adapted the following recipe from this Pork Dumpling recipe.  I used a pork/turkey blend and added extra veggies that I had on hand.  And despite the cups and cups of vegetables, this was still a very meaty dumpling (which pleased my carnivorous husband); I could have added even more veggies if I wanted to stretch the filling and make more. 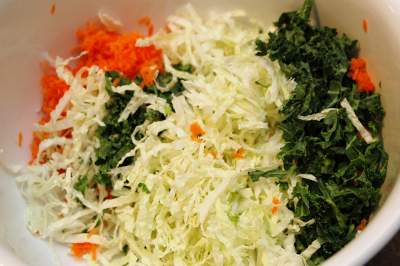 Kale, napa cabbage, and carrots are just some of the veggies you could add to this.

This recipe makes around 100 dumplings, giving you PLENTY for a good meal and then some to freeze for later.  I cooked about 25 for four of us (I served this as a main dish, rather than a side or an hors d’oerve) and froze the rest. 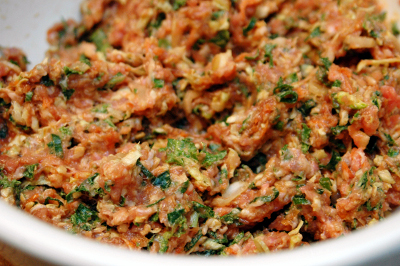 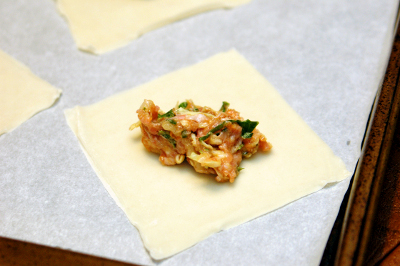 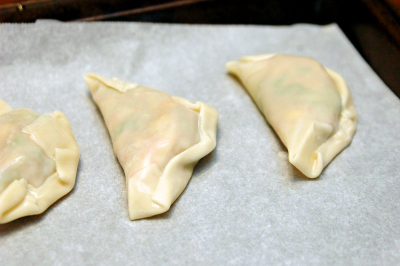 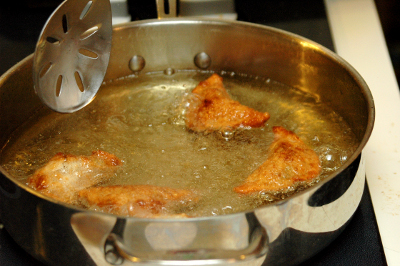 This method was VERY good but I'm going to try steaming them next time for a lighter, healther food.

*The prep work is the most time consuming aspect of this recipe. You could always use a cole slaw veggie pack to save time, but you’ll probably want to give it all a rough chop since regular green cabbage is much tougher than Chinese/Napa cabbage.

**These can be served with any pre-made Asian dipping sauce; I threw together a blend of soy sauce, rice wine vinegar, and hot mustard for Hubby and me.  The kidlets (who each ate FOUR of these) dipped theirs in soy sauce.