We’ve been fighting a nasty virus all week — one that just gets passed from kidlet to kidlet to kidlet.  Every shirt I own is covered in every form and color of phlegm and my Husband has considered buying stock in Bookie Wipes.  It’s just that time of year, isn’t it?

The virus has affected each Kidlet differently.  The Little Lady has had the easiest time of it but Mr. Boy and sweet Barney Kneeknuckles haven’t been as fortunate. 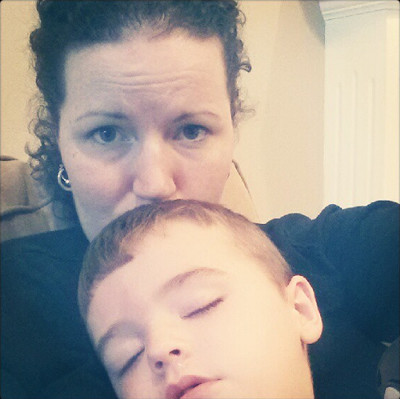 (from earlier in the week — when Mr. Boy crawled into my lap and promptly passed out asleep … something that NEVER happens unless sick)

The virus settled in Mr. Boy’s ears, giving him his first ear infection, and it set up shop in Barney Kneeknuckles’ lungs, creating — as my Pediatrician put it — a prime opportunity for pneumonia if not stopped now. 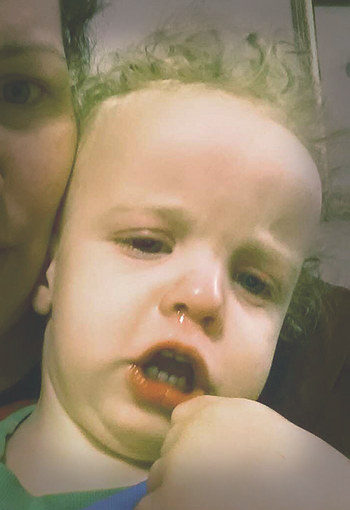 Barney has been the sickest and, according to his doctor, it is simply because he is still little.  Children under two just haven’t had the chance to build up as strong of an immune system as their older counterparts.

With preemies (any baby born before 37 weeks), the health risks from colds and viruses such as RSV are even worse.

Premature births halt the final stages of lung development in babies; yes, even though you may be “nine months pregnant,” babies are still growing and their bodies fine-tuning during those last few weeks.  We may be miserable at that stage but those weeks are just as critical for them as every other point of gestation.  Weakened or underdeveloped immune and respiratory systems put these premature babies at a huge risk for long-term respiratory problems and even hospitalization.  RSV, one of the most common childhood viruses, hits preemies the hardest.

How To Fight RSV

Since first becoming a mother, it seems that every winter, I have at least one child in the age-group most at risk for RSV and RSV-related complications.  With Barney Kneeknuckles only 15 months old, we still have to take precautions and watch every cold to make sure he doesn’t develop RSV.

What are some ways to help protect your preemies, infants and toddlers from RSV?

When should you worry about RSV? If your child has a “cold” and is exhibiting any of the following symptoms, it’s time to call your pediatrician.

For more information, you can visit RSVProtection.com and/or preemievoices.com.  And, in the meantime, send this Mama some vitamin C and sanitizer. . . if you feel so inclined.