A little curly-headed rock-climber, piano-climber, and table-climber.  Barney Kneeknuckles is obsessed with climbing… and scaring his Mama nearly to DEATH!

I *thought* his older siblings were climbers, but this 15-month old has them beat.  And, because he is so bound and determined to win the climbing wars, we’ve had to finish the baby-proofing projects that were started 5 years ago.

As soon as the Little Lady began toddling around (what seems like just two minutes ago but was really YEARS ago), I realized there was a problem I hadn’t anticipated.  It wasn’t the risk of her toppling over onto the floor or her newfound ability to get into stuff.

It was the possibility of furniture falling on her: bookshelves, toy boxes, the TV.  They were all items that fascinated her and she wanted — NEEDED — to climb on them or attempt to grab at them.

These seemingly sturdy pieces of furniture and technology belie safety but, over the years, I’ve learned otherwise.  Having known parents who have either lost children or had children with serious injuries due to household accidents involving normal furniture and the like, I was terrified of my daughter being able to pull the TV over on herself or be crushed by a falling bookcase as she climbed it.

Over the years, my husband and his father have bolted and secured bookshelves, the doll house and the play kitchen to the wall, but our television has remained the one item left free.  The one item still a danger to a curious, come-what-may, Barney Kneeknuckles.

According to the Consumer Product Safety Commission (CPSC):

Scared?  Feelin’ a little nervous about that big, heavy TV sitting out?  Exactly.

With Barney perfecting his walking and climbing skills (goodness, this kid is a CLIMBER… have I made that point clear yet?), we have had to go back into preventative mode.  At any given point during any given day, he can be found trying to jump off the couch, sitting on top of the dining room table, or standing on the keys of our upright piano.  He’s a dare-devil with an unrelenting urge to climb.  And our flat-screen tv  — thin and easy to tip over thanks to being top-heavy — seems to beckon, for he is always trying to reach it, touch it, and grab it from its perch on the console.

It makes this mama’s heart stop beating every. single. time.

How Can You Make Your Flat-Screen Television Safe? 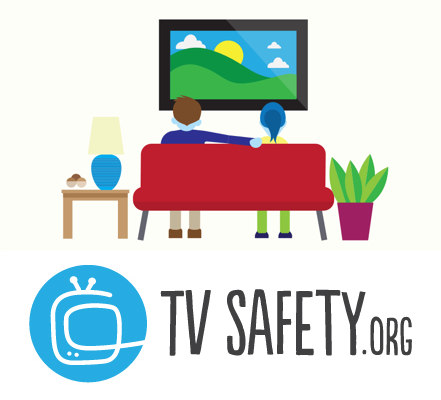 The consumer awareness site TVsafety.org is a great resource for parents and caregivers to help educate us on the very real dangers of TV-related injuries and death.  They have tips and ideas for making sure your home is safe for everyone — especially small children.

Mounting a TV to the Wall

We decided to mount our television on the wall, a decision that doesn’t have any known risks or fatalities associated with it.  I handed the mount and the drill over to my husband and let him have at it.

(Me and Power Tools don’t mix) 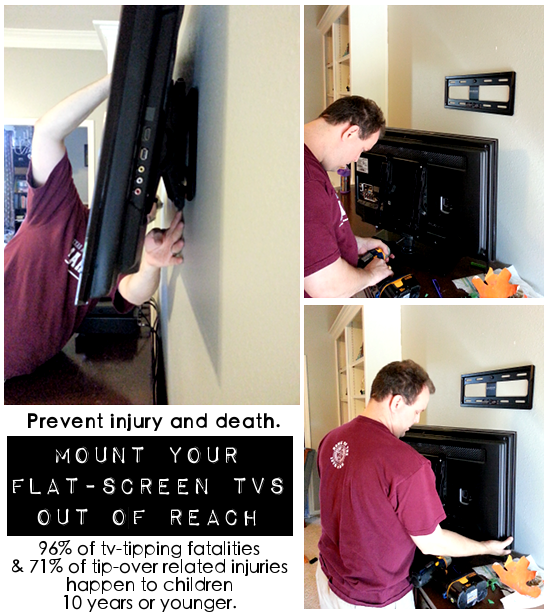 Using a Sanus Mount kit, it took him less than thirty minutes and nothing more than a level and his drill.  I brought coffee and encouragement to the project.

Another option is to use a TV Strap, which straps your television to the wall, but it made more sense (for us) to just directly mount the tv so it was completely out of reach of little fingers. 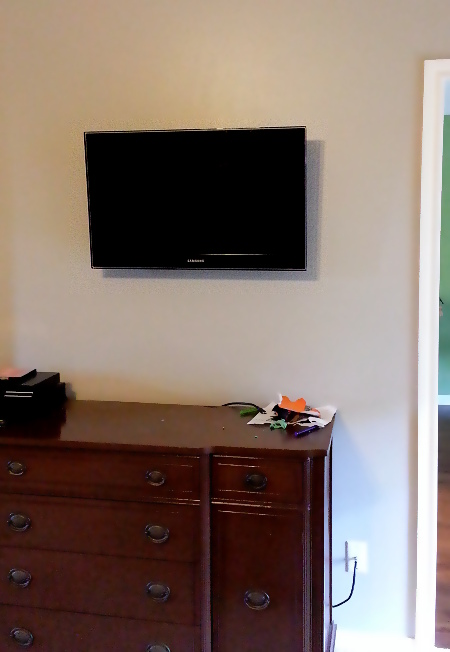 While my child still likes to climb on everything and anything, I’m feeling a little more relaxed these days thanks to having our TV mounted on the wall.  Now, if I can just figure out how to keep him off the piano… the table … the counter-tops … my desk….

Yeah.  This boy gives me one wrinkle and 12 gray hairs a day.

Sanus, who has partnered with TVSafety.org to get the word out about the dangers of tv tipping, has offered to give one of my readers a Flat-Screen Wall Mount Kit (RV $100-150, depending on model needed for your TV).

Please leave a comment letting me know you need a wall-mount for your TV.  Yup, that’s it.

(these additional entries are NOT mandatory and are available for those who wish to increase their chances of winning this giveaway.  Please leave a separate comment for each additional entry completed)

Giveaway is open to residents of  the United States and Canada; giveaway will end November 27th at noon CMT.  Winner will be notified by email and will have 48 hours (from the time the email is sent) to confirm his/her win.

I wrote this post while participating in a Brand Ambassador Campaign by Burst Media on behalf of Sanus and TVSafety.org; any opinions expressed are my own.