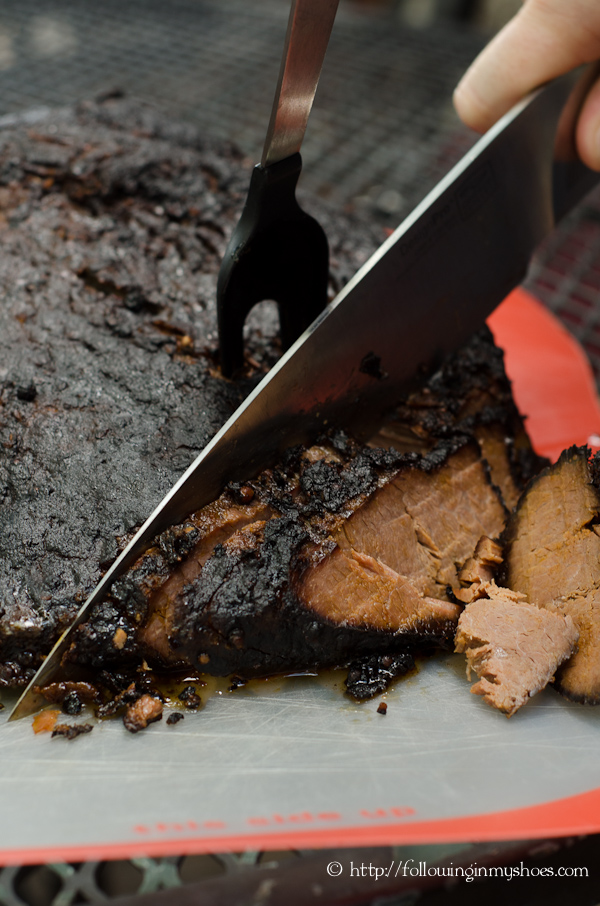 (This post is sponsored on behalf of Arby’s, but all opinions and ideas are my own.)

When it comes to cooking, the Husband and I have very clear responsibilities: I handle everything that gets cooked inside the house and he handles everything that is cooked outside and requires fire of some kind or another. (Although, after that one time he nearly completely singed off BOTH EYEBROWS, I questioned this assignment. Absolutely. True. Story.) When it comes to all things grilled and smoked, the Husband is my go-to guy, and he takes his job very seriously.  When I told him, as we indulged in a rare treat, that I needed to create my own play on Arby’s® Smokehouse Brisket Sandwich, he paused mid-bite, pondered for a brief second, and then assured me.  “I can do that,” came out in a rush before he got back to the task of devouring his sandwich. Fortunately, smoking meat doesn’t require as many flames as grilling and so, not only was the Husband able to keep his eyebrows intact, he was also able to create an absolutely delicious smoked brisket. Now, before I share the recipe, I gotta brag on my boy — he didn’t just throw things together and hope for the best.  Now, this man did his research, called his father (who’s brisket is PHENOMENAL), and consulted the Texas A&M “Texas Barbecue” website to learn as much as he could. 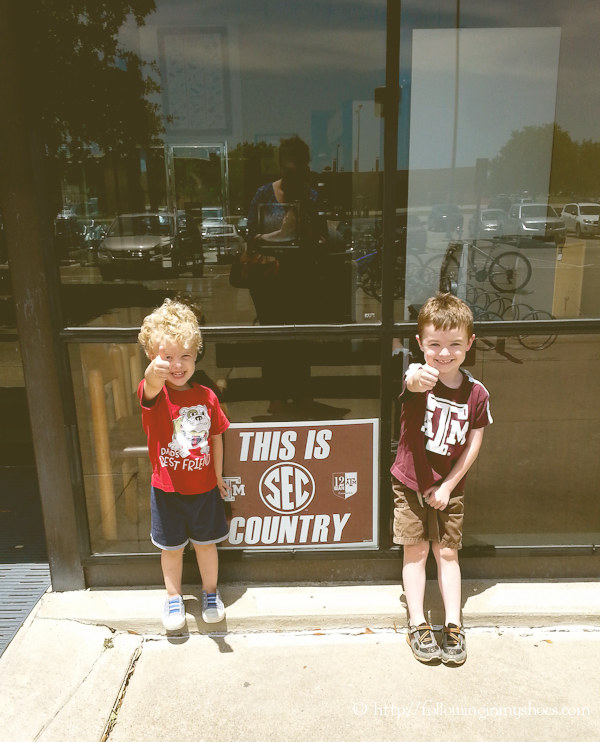 After the boys and I headed to the Texas A&M campus for a quality cut of brisket, I let the Husband do the rest of the work.  He carefully mixed his spice rub — a mixture of a smoked paprika and garlic blend, salt, pepper, and a little brown sugar — and made sure it was on just about every inch of that 7-pound cut of beef. 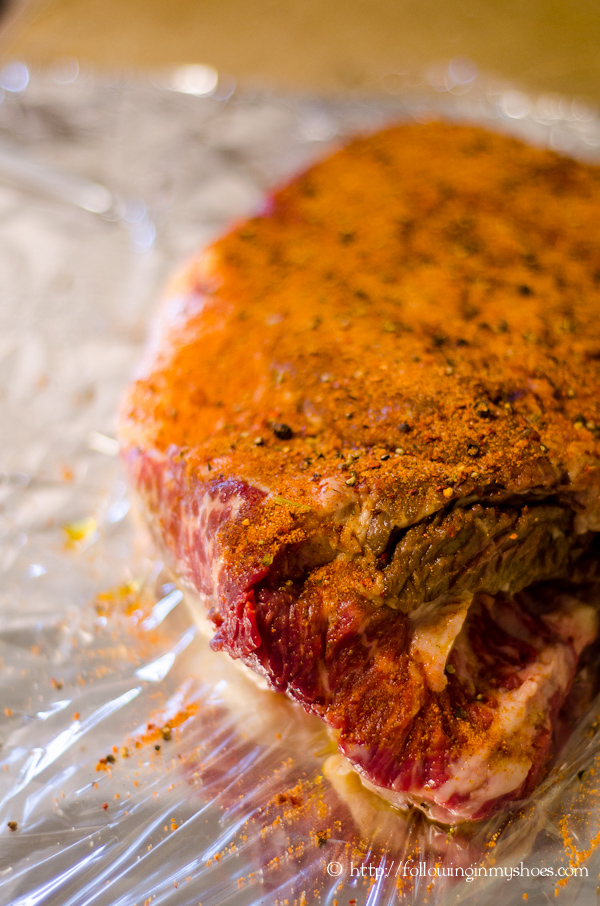 He put it in the smoker — with the mantra “low and slow” pulsating in his brain.  “It’s gonna cook throughout the night.  Then,” he said to me, nodding sagely and sealing the smoker door, “We’ll let it rest another 3 hours.” Over twelve. hours. later. … we were enjoying an absolutely tender lunch of perfectly smoked and seasoned brisket on our back porch.  A gorgeously lazy Sunday afternoon kind of lunch. 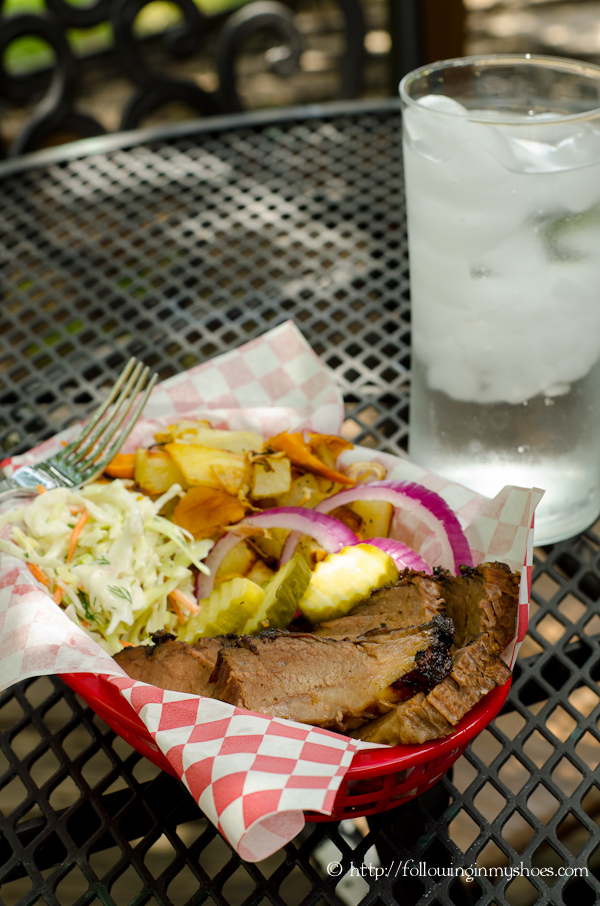 Was it the “Slap-yo-face” combination of flavors in the Arby’s sandwich?  No, we chose a more subtle, classic “Texas” approach.  Perfect for us and anyone else who appreciates the beauty of a smoked brisket. Honestly, good beef doesn’t need much more than that.

Print
Author: Rachel Lacy
Serves: 6-8
Ingredients
Instructions
Notes
The particular spice blend is from Dangold. If you aren't able to find it in your local stores, a comparable substitute would be a mixture of 1 tablespoon Smoked Paprika, 1 tablespoon Garlic Powder, 2 teaspoons Ancho Chili Powder, 1 teaspoon Dried Chives, ½ teaspoon Oregano Powder, ½ teaspoon Dried Rosemary.
3.2.2646
(This post is sponsored on behalf of Arby’s, but all opinions and ideas are my own.)
Share
Pin5
Tweet
+1
5 Shares

« Creating an Outdoor Sanctuary
Do You Bank Kroger Fuel Points? »