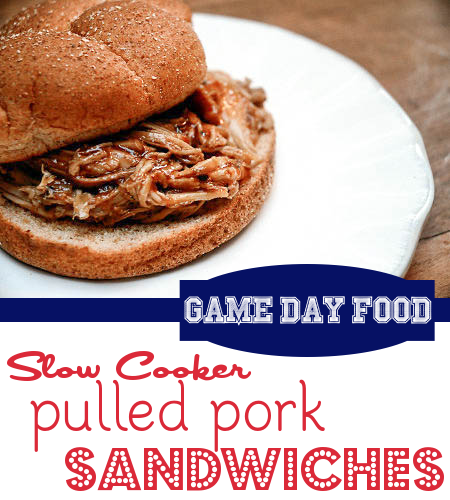 When I hinted in Monday’s menu-planning post about a pork recipe I would be sharing today, I played up the suspense.

And, now, I’m embarrassed to reveal this “new dish” is just my version of the one pork recipe nearly every mom has in her arsenal: pulled pork sandwiches.

It’s a simple dish.  Comforting.  Appeals to adults and kids alike.  And, thanks to the slow cooker, easy to serve in the heat of summer or the chill of fall.

It’s the perfect, homey, flavorful meal that every. mom. can. prepare.

This mom, however, likes to think she does it a wee bit differently.  My recipe uses the convenience of the slow cooker to take an already flavorful cut of pork (the Boneless Sirloin Tip Roast, exclusively at Costco), a dark beer “braising” liquid and a “semi-homemade” barbeque sauce to create a fresh, lighter twist to the heavily barbequed recipe you might be used to. 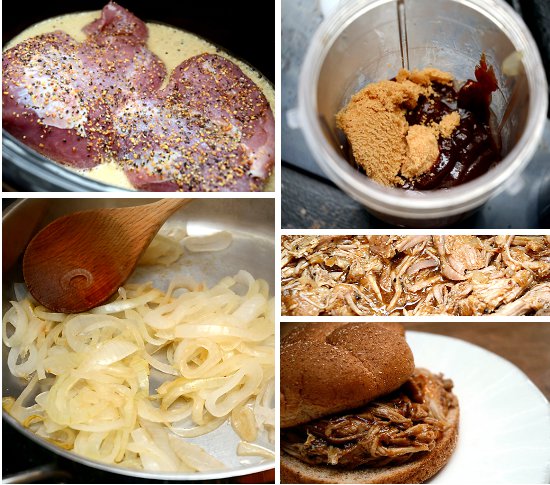 Serve it on top of toasted whole wheat buns and fresh steamed or roasted veggies I promise you’ll have a meal even the pickiest kidlet will eat.

Now, you’re probably wondering why I would take a roast for a pulled pork dish — especially one that is known for being so juicy and packed with flavor?  Two reasons:

Nope, with this recipe, you don’t have to worry about that optimum temp — just cook it and go about your business.

So, here it is — my version of Pulled Pork Sandwiches.  Enjoy!

Print
Serves: 8-10
Ingredients
Instructions
Notes
* I used two of the roasts in the 4-pack Kirkland Boneless Sirloin Tip Roast package, using a scale to weigh them. To freeze: allow the barbeque pulled pork to cool completely and then transfer to freezer bags or other freezer appropriate containers. Seal well, removing as much air as possible. To reheat, thaw in the fridge and then heat in the oven or on the stove top.
2.1.7
[/print_this]

**Don’t forget: through October 16th, Costco has a “$2 off” special on their Boneless Sirloin Tip Roasts.  The four-pack I purchased came to around $12 with that special … not a bad deal considering you can make several meals out of those four roasts!

Want more recipe ideas for this pork roast? Check out The Warehouse, Costco’s in house newsletter for recipes this week featuring the Boneless Sirloin Tip Roast . . . or Pork, Be Inspired for all kinds of pork info, tips and tricks.

Disclosure: I am working with Costco, the National Pork Board and TheMotherhood to help promote National Pork Month; I am receiving a stipend for my work and was given “Costco Cash,” which was used to purchase a membership and recipe ingredients.  The recipe within this post and any opinions expressed are my own.

« Oh, Craigslist (sigh)
Breastfeeding In A Plane? Been There, Done That and Wowed My Audience. »