Take a good look at this face. . . . THIS boy is causing me SO many problems right now. 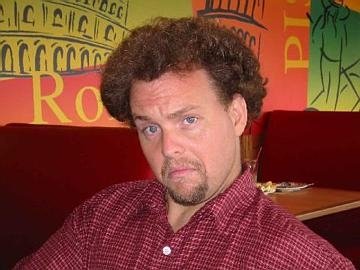 He’s responsible for my nightly insomnia.

He’s responsible for the crazy pregnant taste buds that have overtaken my life.

It’s HIS fault that my emotions are a rollercoaster for everyone who lives in this house . . . and it’s his fault that I’m pretty much insane right now.

But, the worst is that HE’S the reason I can’t adequately prepare for the birth of Numero Three.

In other words, that fuzzy headed boy is the reason I can’t get a simple “It’s a boy” or “It’s a girl” at next week’s anatomy scan.

He’s so mean . . . just because HE likes surprises doesn’t mean everyone does!

I NEED to know the gender of my baby — NOW.  Sure, I’ve been trying the gender prediction tests, but with one saying girl and one saying boy . . . how am I supposed to learn the truth?

A few days ago, some devious thinking entered my crazy preggo brain.  WHAT if I found out the gender, on my own, but DIDN’T tell Hubby?

Would that be wrong?

I could go to one of those private scan places . . . plunk down my payment . . . and quench my thirst for gender knowledge once and for all.

But, then there’s the whole lying to my husband thing . . . (sigh) morals can be so inconvenient at times.

« March Means Gardening in Houston
The Clock is Ticking »